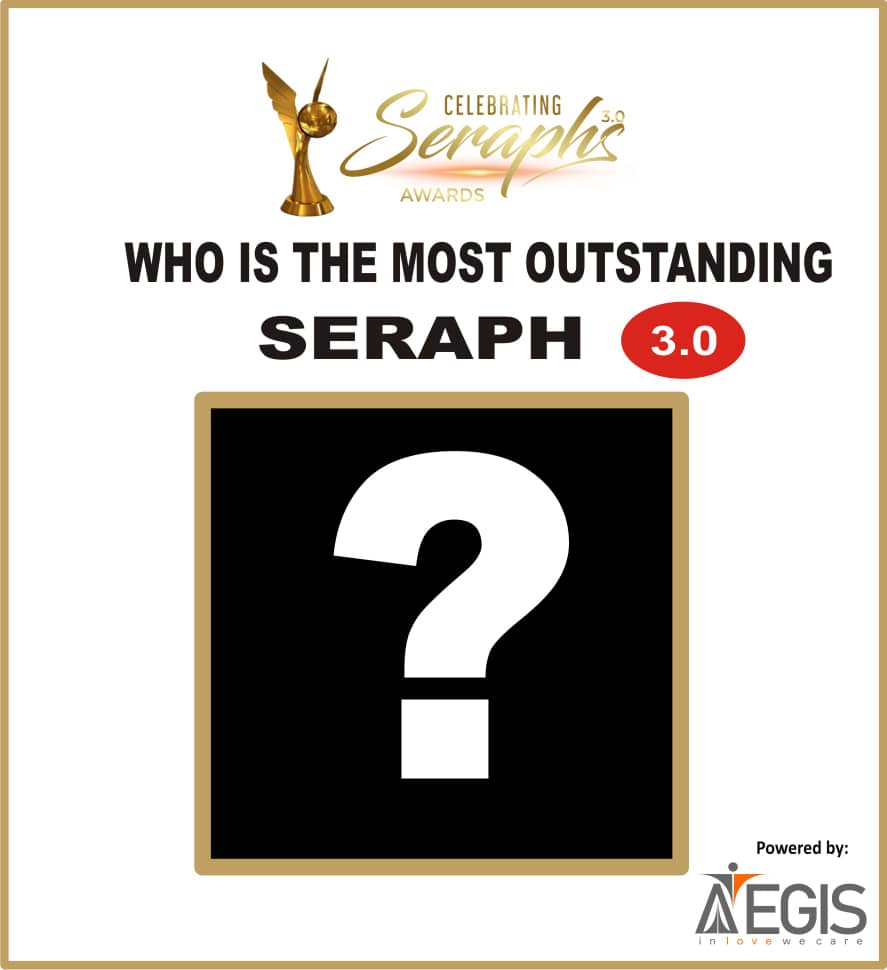 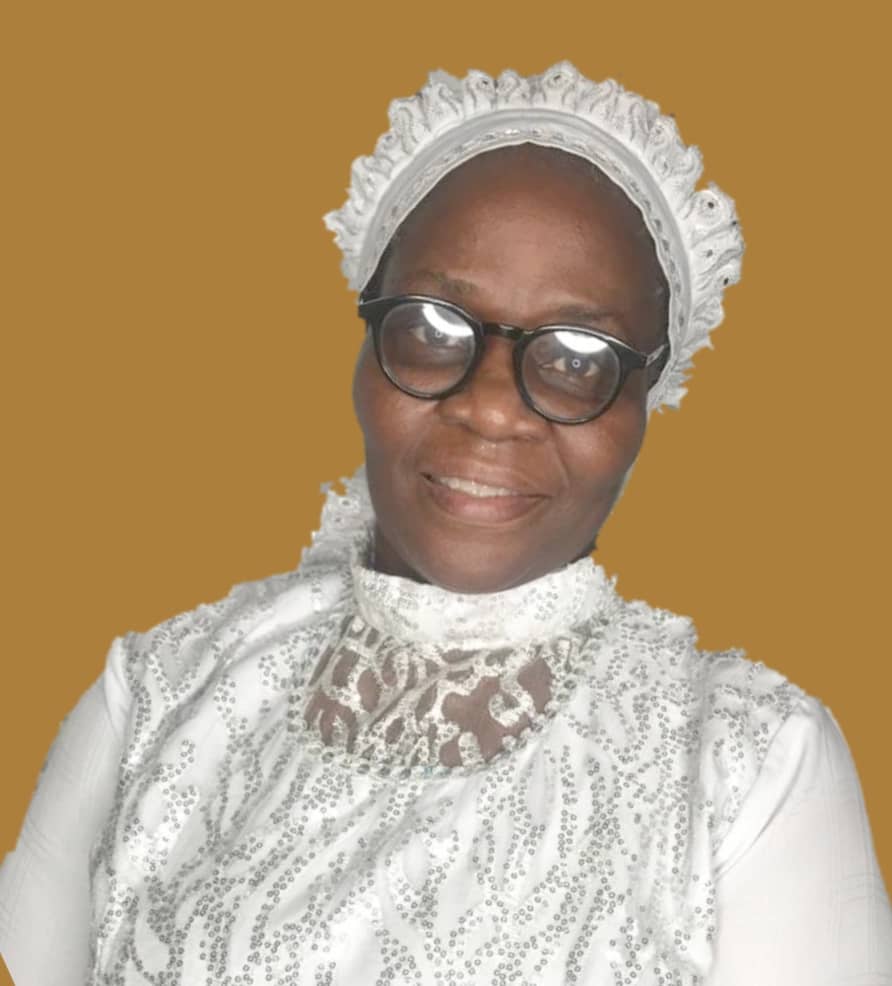 SERAPH ADELAJA ADEOLA is a native of Itunmoro, Ikenne, Ogun State. She started her early school life in Lagos and later graduated at Ogun State University, Ago Iwoye (now Olabisi Onabanjo University) where she obtained her LL. B. She proceeded to Nigerian Law School, Lagos and was called to Bar in 1989. She worked briefly with the Ogun State Ministry of Justice in the Department of Public Prosecutions (1991- 1992) before going into private practice. She was sworn in as a Senior Magistrate in the Ogun State Judiciary in September, 2004, and through her hardwork rose to the rank of a Chief Magistrate. As a Chief Magistrate and a member of the Magistrates Association of Nigeria, she was the National Vice President (South West ) between 2012 -2016. She is a member of the Institute of Chartered Mediators and Conciliators (ICMC). She is a member of the Commonwealth Association of Magistrates and Judges (CMJA). She is a member of Ona Iwa Mimo, Oke Ayo C & S Church for over thirty years and still counting. She is the head of the Visioners Band of Ona Iwa Mimo Oke – Ayo, Ojota and Legal Adviser to the Ona Iwa Mimo Oke Ayo Conference. She is the MATRON of The Youth Fellowship of Kosofe-Ikeja Local Division. She is well described as MOTHER OF YOUTHS. She has written various articles and papers and participated in various conferences both locally and internationally. She is a recipient of numerous lifetime and achievements awards. She was recently appointed the Coordinating Director of the Ogun State Multi Door Court Houses and the Bonds Administrator of the High Court in Ogun State. She is married to Most Senior Apostle Prophet Olusegun Adelaja, the Chairman of the Headquarters of the Church and they are blessed with kids. 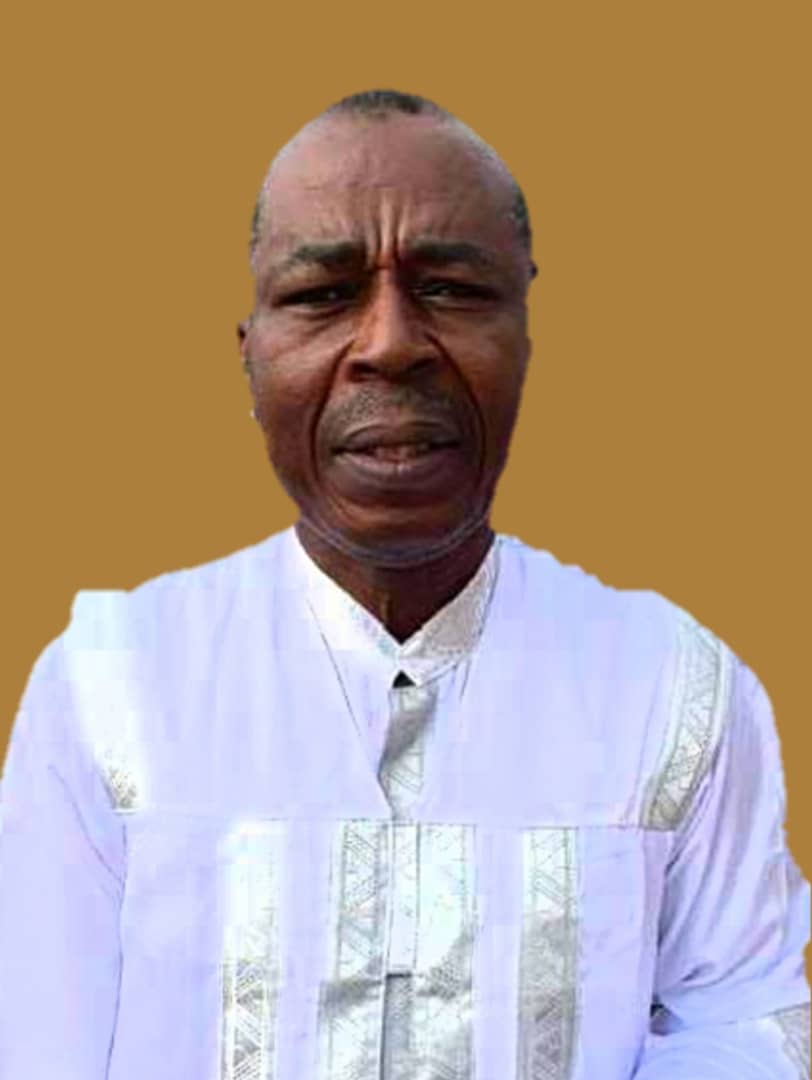 SERAPH OLUSEGUN JOHNSON FABUNMI, SAN is an indigene of Ijaiye in Abeokuta South Local Government Area of Ogun Sate. He started his early school life in Lagos and later graduated at University of Lagos, where he obtained his LL. B. He proceeded to Nigerian Law School, Lagos and was called to Bar in 1989. He had mandatory one-year National Youth Service Corp (NYSC) scheme in Oyo State at the Chambers of Chief Afe Babalola SAN & Co where he started his legal career and working experience. He had a brief stint with Chief Afe Babalola, SAN after his NYSC till 1992 before moving down to Lagos. He started work in Lagos with Ejide Sodipo & Co in Apapa till 1994. In 1994, he sets up a partnership Law Firm in Surulere with Chief N. A. Folarin known as Fabunmi & Folarin. In the same year 1994, he was invited by Chief B. O. Benson, SAN to work with him as an Associate Counsel. He worked in the Chambers until Chief B. O. Benson, SAN retired in 2003. He has several publications among which include: Sovereignty of State in International Law a myth or Reality, Bill of Lading, Shepherd and Crime etc. He is a member of a number of professional bodies which include: Chartered Institute of Arbitrators (UK), International Bar Association, Business Recovery & Insolvency Practitioners Association of Nigeria (BRIPAN) etc. He is a Fellow, Chartered Institute of Taxation (CITN) and Life Fellow, Nigerian Conservation Foundation etc. He has lectured as part-time lecturer at Institute of Agricultural Research and Training MOOR Plantation, Ibadan between 1989-1992 and at Lagos State Polytechnic, Isolo from 1993 – 1997. He is an ordained SPECIAL APOSTLE of the Cherubim & Seraphim Movement Church (Ayo Ni O). He is the Legal Adviser, Faith – In – Christ District, Ota, Ogun State , Patron, Soldiers of Christ, Faith – In – Christ District, Ota, Ogun State etc. He was recently conferred as a SENIOR ADVOCATE OF NIGERIA SAN. He is happily married and blessed with children. 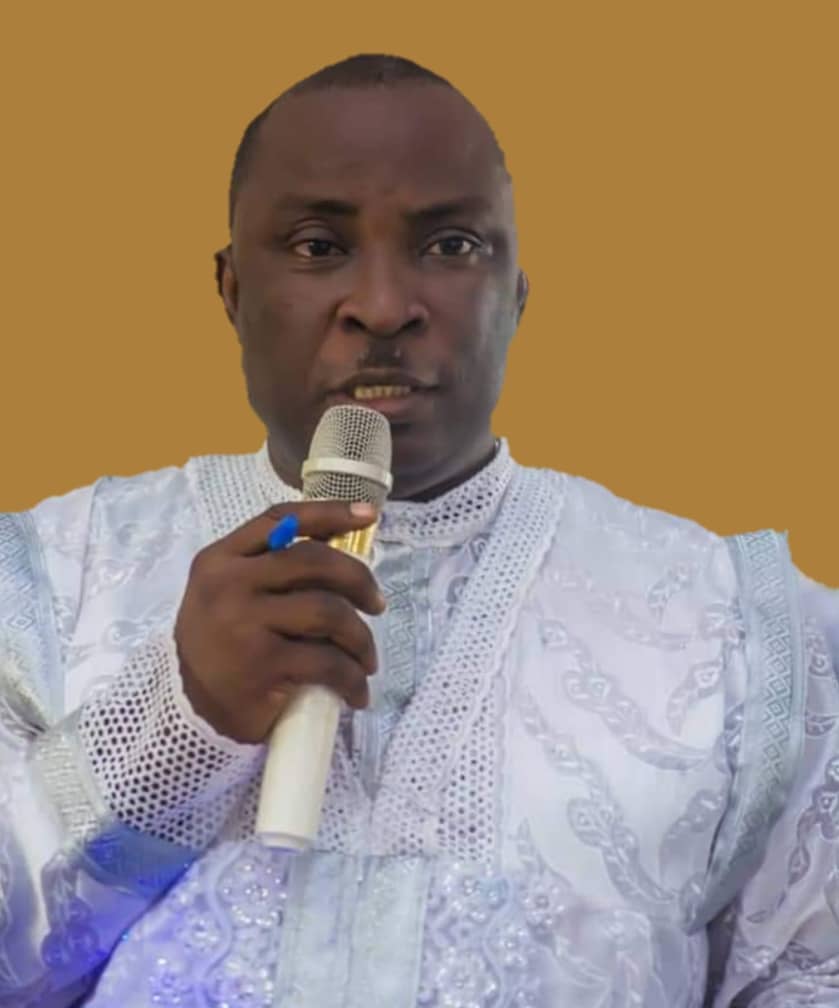 SERAPH FARINTO COLLINS KAYODE is a native of Ijesha in Osun state. He started his early school life in Lagos and he attended different institutions both within and outside Nigeria. He has Master's degree in International Affairs and Strategic Studies and presently doing his PhD. He is a maritime consultant, Public Administrator, Human Resource Manager and a successful entrepreneur. He started his work at Apapa Port, Tin-Can and later joined the Association of Nigerian Licensed Customs Agents (ANLCA). He was the Secretary of the Tin-Can Chapter and rose to the top of the association in Lagos, becoming the chairman. He was also appointed by the ANLCA National Pesident to be National Chairman of the Shipping Companies and Terminal Operators’ Committee. Farinto is business oriented, the Founder of Wealthy Honey Investment Limited with interests in different areas including Auto Sales, Hotels, Clearing agents etc and also host of the famous shipping program on National Television, SHIPSANDPORTS. He is also the producer of the famous television show, PORTSGISTONTV. He has numerous awards to his name in maritime, safety, port operations and service to humanity. He is a Fellow of The Institute of Supply Management Ghana. He is the author of a book "Who Am I", A Seriatim of Customs Brokerage and Freight Forwarding. KAYFAR as he is fondly called is the secretary of Faith in Christ C & S International Church. He has mentored an army of youth within and outside of the church. He has some undergraduates from the church on his project which he supports financially monthly. He is an employer of labour with preference to members from the C & S church. He was recently elected the National Vice President of Association of Nigerian Licensed Customs Agents (ANLCA). He is happily married to Mrs Farinto Margaret Mojisola and blessed with Kids. 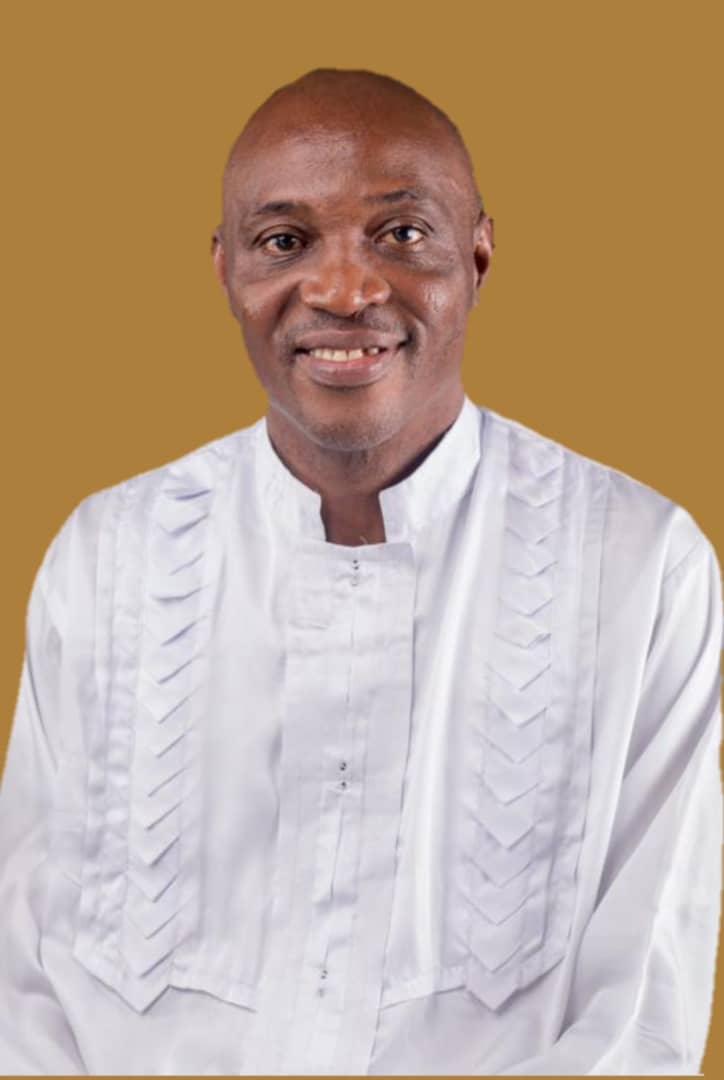 SERAPH SHOWEMIMO ADEWALE KEHINDE was born in Lagos. He started his early school life in Lagos and he attended different institutions both within and outside Nigeria. He started working in the 80s at German Water Engineering Firm in Lagos as an Assistant Sales Manager and presently he is the Managing Director & CEO of different Engineering and Security companies within and outside Lagos. He is a Certified Engineer with vast knowledge in Water Resources and Environmental Engineering. He was the Apostalate and CEC Chairman of C & S Unification Student Fellowship, Institutions of higher learning in Nigeria (Universities Polytechnics & Colleges of Education, etc 1999-2003)  and presently the Deputy Shepherd, Youth Fellowship of C&S Movement Church, Surulere, Lagos for over a decade. He joined POLICE COMMUNITY RELATIONS COMITTEE (PCRC) Ojota,  Lagos in 1994 and held different elected offices within the body. He is presently the LAGOS STATE CHAIRMAN, POLICE COMMUNITY RELATIONS COMMITTEE (PCRC) taking over from His Royal Majesty Oba Momodu Ashafa, MFR (Onijanikin of Ijanikin). He has numerous awards to his name in community service, security involvement and service to humanity. He has mentored many youths across the church and he is still in the business of shaping & transforming lives of youths within and outside the church. He is happily married to Mrs. Oluwatoyin Catherine Showemimo and blessed with excellent children.

To verify your transaction, enter your reference number below and click on check status

Be the first to get our latest news and updates